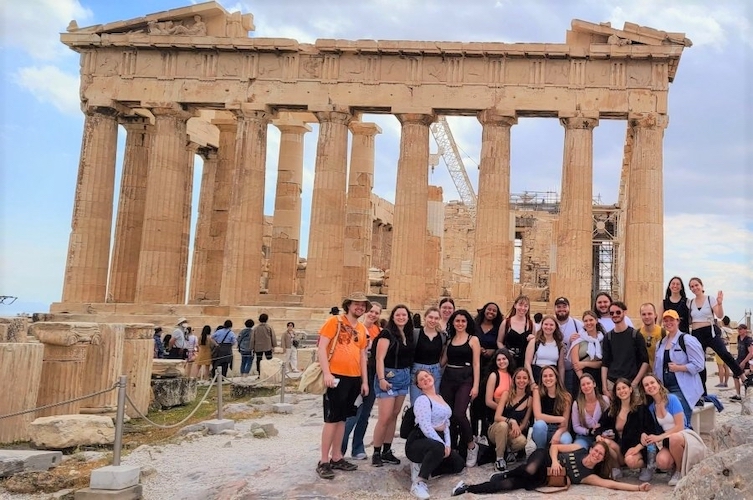 We are delighted to announce that the Canadian Institute successfully hosted its first-ever Summer School in Greece this year. This was made possible by the additional space and facilities provided by the Institute’s new premises.
The CIG Summer School of 2022 was a unique opportunity for Canadian undergraduate students, and it is planned that summer schools will take place every summer from now on.
This first year, the Summer Program ran from May 1 to May 22, 2022, with the participation of 55 undergraduate students from universities across Canada. The students were divided into an anglophone and a francophone group.
During the three weeks of the program, the students attended lectures at the Institute and visited significant archaeological sites and museums, thus gaining a deeper understanding of Greece’s culture and heritage.

CIG Summer School Week 1
During the first week of the summer program, the students experienced ancient Greek culture predominantly in the Greek capital, Athens.
During the mornings, they attended classes in the auditorium and seminar rooms of the Insitute’s new premises. The first week’s lectures focused on the Bronze Age and Cycladic civilizations, the urban planning, topography and architecture of Athens, the Acropolis during the Archaic and the Classical periods, and the development of the Athenian agora.

The students visited a number of archaeological sites and museums, including the Acropolis and its museum, the Temple of Olympian Zeus, the Athenian Agora and its museum, and the Goulandris Museum of Cycladic Art, and the students were thrilled to take part in an excursion to Eretria, where a winery was also visited.
This exciting first week ended with a day trip to Aegina, where the students experienced Greek island culture and had the memorable opportunity to visit the Temple of Aphaia.

CIG Summer School Week 2
The second week of the CIG summer school included visits to the treasures of the National Archeological Museum, the Kerameikos, and the south slope of the Acropolis, the Roman Forum, and Hadrian’s Gate. 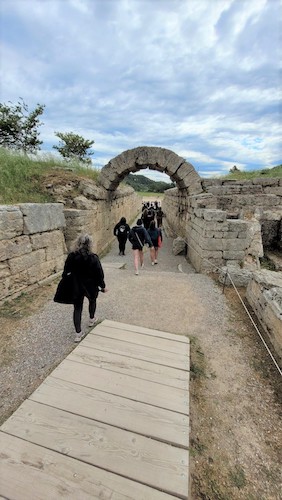 In the meantime, the morning lectures included Athenian sculpture and pottery production, funerary practices, Greek sanctuaries and fortifications, Greek and Roman theatres, and Roman Athens.
Excursions out of Athens included the archeological site of Eleusis, the Temple of Poseidon at Cape Sounion, the Amphiareion of Oropos, and the Archaeological site of Rhamnous (including some free time at the beach). 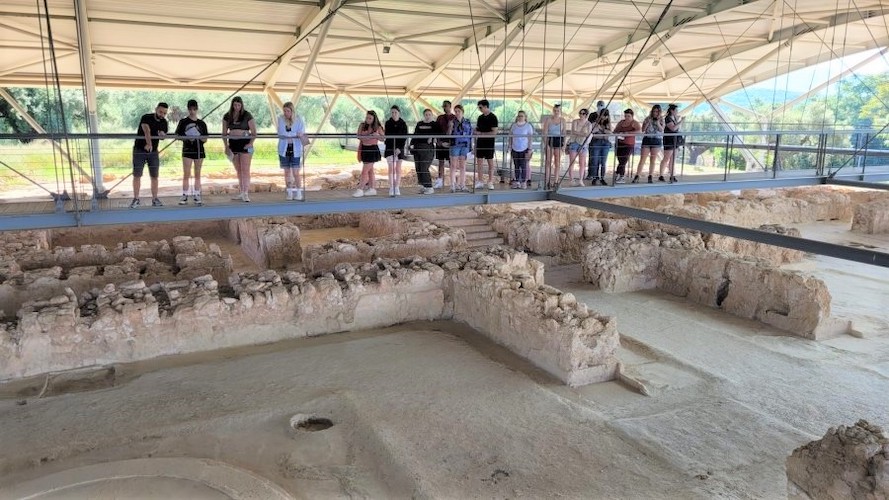 CIG Summer School Week 3
While weeks 1 and 2 were centered on Athens and Attica, the 3rd week was spent travelling in the Peloponnese and southern Greece.
Stops along the way included the Corinth Canal, Nafplio, Argos, Tiryns, Mycenae, Kalamata, Epidaurus, Ancient Messene, the Palace of Nestor, Bassae, Olympia, Delphi and Eleutherai. 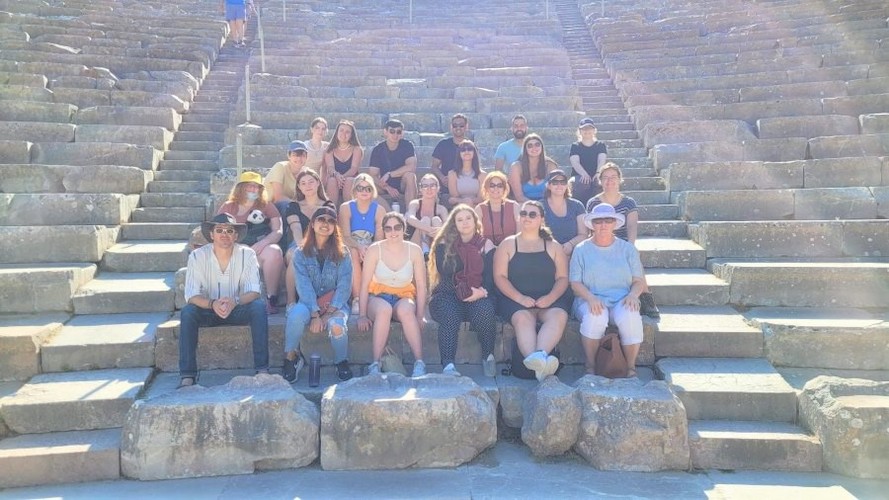 The program ended with a farewell dinner in Anafiotika, the scenic neighborhood of Athens’ Plaka district.